aecHive is a community of amazing users

I don’t remember my failures that well or I’d be too scared try anything new. That being said, I really like the AEC Hive community, and I know there are many in here who have startups or are thinking of starting them.

We’re definitely still a startup at TestFit, but have been around since October 2017 and as CEO, I’ve learned a thing or two along the way about early AECO startup life. Basically, enjoy our fails, so you can hopefully avoid them, but more importantly learn from them.

1. Thinking we knew what the market wanted

When we started out building TestFit, we were quite set on the idea that full automatic generative design was what the market wanted--after all this is what Autodesk had been telling me for years was the wave of the future. What we discovered along the way, was that what it really needs is co-creation. Nobody wants or trusts AI with high-level building design decisions right now.

With respect to architects in particular (an important segment of our clients alongside developers, urban planners and avant-garde construction firms), TestFit used to do things the same way every time. Architects operate differently every single time. You need to have room for things to be done differently hence the introduction of manual mode, property line and setback dragging, and user defined spaces.

2. Not going after the low hanging fruit first

We focused initially on wrap buildings or wraps because I hated doing them [the old-school way in CAD] with a passion. Typically they are site plans with hundreds of stacks of units that are super cumbersome to manipulate and extremely hard to tabulate. I wanted to solve that problem for people.

But wraps are only about 10% of the US housing market. Podium buildings would have been much easier and there are a lot more podiums being constructed. So do that research on not just what you will do, but which “feature beachheads” you want to aim at first and win. And make sure that that quantity or revenue potential is better there than the other options.

3. Being afraid to ask prospects for feedback

From Day 1, we’ve had a great client feedback loop at TestFit. But we initially didn’t expand that feedback loop to prospects too. We wanted to reward the early adopters and build features they requested first. Looking back, If we’d gotten more prospects involved in that feedback process earlier on, it would have given us more actionable data from the get go.

Hitting that sweet spot of “works well enough to release” is one of the hardest parts of running a software company. In order to grow and gain new accounts, as a founder you’ve got to release these new features you know clients need. At the same time, it has to work. There is a big temptation to rush features out especially when you have revenue goals--or for us before we had made the company profitable: to eat and pay rent. For us, this was a recent failure: Release: 2.14 had some major bugs, but 2.15 fixed them. You really need to trust your engineers so it doesn’t break when your user base is relying on your software for answers.

5. Keep all the plates spinning

You have to have a very holistic view of the company: Sales. Marketing. Engineering. Customer support. Have to do all of those things at least a little bit, otherwise, you don’t have a funnel, it leaks, don’t have a product (!!) etc.

6. Don’t quit your day job when you want to

Hang on just a little bit longer. I should have worked longer professionally while the startup was growing. Not having enough revenue from your startup before leaving a job can be personally very stressful. My wife, Annalise, was in graduate school at the time. We had NO income for 18 months. It was the stupidest fiscal choice I have ever made.

7. Bring a change of shirt when you go to people’s offices (when that happens again).

Trust me. Being a newly minted entrepreneur, you might be getting a bit sweaty and nervous in your first 500 meetings.

Sometimes I get so focused on a feature and it really is not essential. Talk. To. Your. Customers. And organize the feedback! I was so wrapped up in being able to generate fully functioning unit plans, that we didn’t ship our kit-of-parts feature (our core, most popular feature) until mid-2019. We learned from our customers that there are literally thousands of fleshed out unit plans in the drawers--and they wanted to use them.

Doesn’t matter who it is - in AEC, out of it, in your personal network. Ask and you shall receive.
Early on I asked Ian Keough and Anthony Hauck of Hypar for advice--I still do. Aaron Maller of Parallax Team is my go-to BIM specialist. You cannot be everything all at once.

I remember cold-emailing CEOs of architecture firms across the country, and they often responded because I asked for their wisdom on this problem, rather than give them a sales pitch. I genuinely had no idea if what we built would be useful, so I asked. Some of these leaders have been my longest paying customers (north of 3 years!), and TestFit owes them a debt of gratitude.

Early on I didn’t understand the value of what TestFit did: to quickly create a vision for a real estate development project. Rather, I approached the value proposition from the viewpoint of a designer: it saves you time and clicks. This one is pretty difficult to figure out: the essence of what you do.

One thing I would never change since starting TestFit is the people you bring with you. We spend our lives going to school and making friends, and then you join the working world, and they’re not friends. There’s a lack of emotional intimacy in the working world that humans need. There’s a depth to people’s souls that the workplace just doesn’t handle well.

When you're contemplating building a startup and changing from the secure repetition of 40hr work week into the unknown, it’s like hiking Everest. Do you want to hike Everest with some rando or someone you know and love and trust? You want someone that will go with you step by step. You’re managing each other too, because no one’s else that will.

Finding a co-founder that shares your values and that you can rely on is the secret sauce. Today, I can communicate complex problems with my co-founder in less than a sentence. In the beginning? Used to be 4-5 hours a day, even with someone I’d known for 6 years. That’s the magic. That mind-reading communication.

Maybe that’s another failure. Failing to understand off the bat how important communication between co-founders is. My relationship with Ryan Griege is the most important factor in our previous, and continued success. Happy belated birthday, bud 🎂. 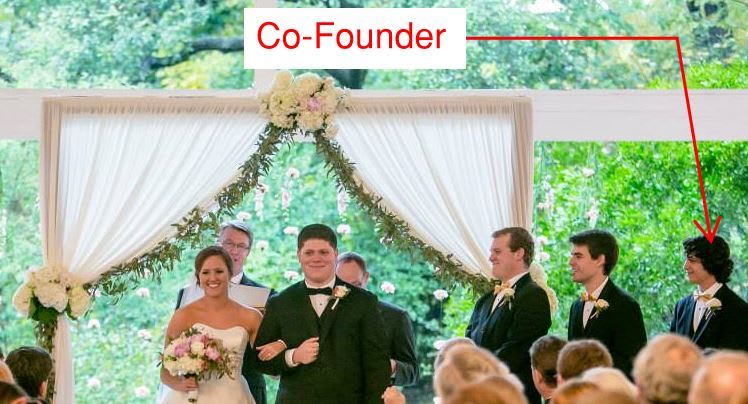 For further actions, you may consider blocking this person and/or reporting abuse

BIM is important for structural and civil engineering